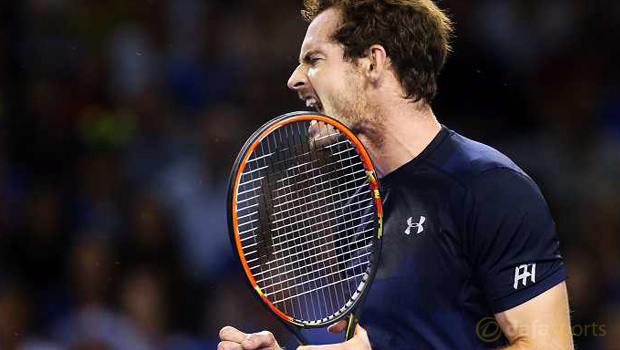 Andy Murray says he has a mental edge over David Goffin before the Davis Cup final after thrashing the Belgian on Thursday in the third round of the Paris Masters.

The Scot produced a sensational performance on the hard court as he won 12 of the first 13 points and broke serve twice to clinch the first set 6-1 in just 25 minutes.

It was a similar story in the second as the two-time Grand Slam winner won six consecutive games for a 6-0 scoreline and advanced into the quarter-final stage of the tournament.

Murray’s display against the world number 16 has laid down a huge marker ahead of Great Britain’s Davis Cup clash against Belgium at the end of the month and the confidence is now sky high.

However, it could be a different story in Ghent on the clay, a surface that has generally been his weakest, but there has been success on the red dirt this season.

Murray has won the BMW and Madrid Open in 2015 and he admits going head-to-head with Goffin has provided him with a big boost.

“It was good for me to get the chance to play him before the Davis Cup and see his game and the speed of his shots and where he maybe makes some mistakes from and things that he likes to do,” he said. “Obviously with the result, that’s a positive. I mean, mentally for me it’s a positive win.”

Great Britain are 1.37 favourites to win the Davis Cup while Belgium, despite being on home soil, are 3.00 outsiders to upset the odds.

Murray is set to take on Richard Gasquet in the last-eight of the Paris Masters after the Frenchman got past Kei Nishikori, who retired midway through the set second of their encounter.