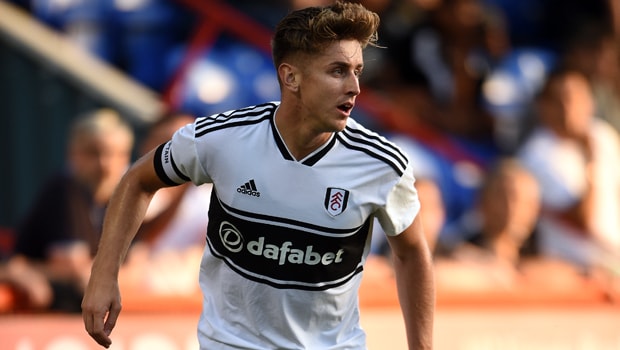 Fulham captain Tom Cairney is excited by the new arrivals at the club this summer although he admits he faces a fight to hold onto his first-team place.

Scotland international Cairney was one of the key components behind the Cottagers promotion to the Premier League last season, not least as he scored the only goal of the game during their play-off final victory over Aston Villa in May.

The 27-year-old retained his place for Fulham’s opening match back in the top-flight against Crystal Palace on Saturday, although it does appear to be all change at Craven Cottage, with no fewer than 12 new players arriving at the club during the summer, including five that came in on deadline day.

Eight of those players figured in the 2-0 defeat against Palace and Cairney acknowledges adding quality to the squad was key heading into the new season and he believes he faces a battle just to retain his place in Slavisa Jokanovic’s starting line-up.

“Being a player you want to play with the best players and against good players as you can,” Cairney was quoted as saying by Sky Sports.

“You’ve got to give a lot of credit to the owners. They’ve backed us, showed a lot of ambition and they’re right behind us. It’s down to us now to repay them.

“You think, ‘wow, it’s even harder to stay in the team,’ but if you want to stay in this league for a long time you need that competition for places, you need quality.”

Cairney has been a regular feature in the Fulham line-up since joining from Blackburn in 2015 and he is likely to be involved when the Cottagers take on Tottenham at Wembley on Saturday.