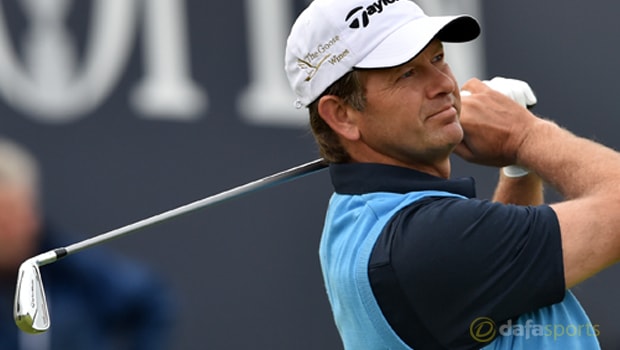 Retief Goosen says he feels very disappointed after being overlooked for the 2018 US Open at Shinnecock Hills, having been the last player to win the coveted tournament at the course.

South African Goosen has slipped down to 334th in the world rankings but, at his peak, he was one of the best golfers on tour with his two Major victories acting as proof.

The 49-year-old, who has seven PGA Tour titles to his name, clinched the 2001 US Open before landing the title again in 2004 when it was held at Shinnecock Hills in New York, the host for the 2018 edition.

Many thought the 2001 European Tour Player of the Year would be given a special exemption for the second Major of the season, having played so well 14 years ago to pip American Phil Mickelson to the title.

However, tournament organisers, the USGA, announced in March that former champions Ernie Els and Jim Furyk would be given special exemptions for the event that runs from June 14-17.

Goosen, who will have to go through sectional qualifying over 36 holes on June 4 to feature at the US Open, admits it is disappointing and a little strange to have been snubbed.

“It was disappointing,” he is quoted as saying in The Post.

“They rung me about two weeks before and told me, ‘Sorry, it doesn’t look like the exemption’s going to go to you.’ Obviously, they felt Ernie and Jim were a little bit more qualified for the event than I am.

“They gave me an invite a couple of years ago, which was surprising. You’d have thought they might have held it back for Shinnecock just in case.”

A star-studded field is expected to take part in the US Open, with the likes of Dustin Johnson, Justin Thomas, Rory McIlroy and Jordan Spieth all vying for the trophy.

Former world number one Tiger Woods is also being tipped to challenge after impressing at The Players Championship, the unofficial fifth Major, last time out.