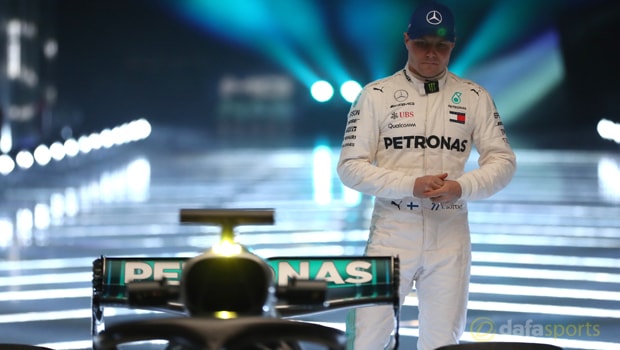 Valtteri Bottas says he is enjoying life at Mercedes and would like to nail down his future with the defending constructors’ champions for at least the next couple of years.

Bottas made the switch from Williams last year and he impressed during his debut campaign with the Silver Arrows, picking up victories in Russia, Austria and Abu Dhabi.

The 28-year-old Finn was handed a one-year contract by Mercedes for the 2018 season and he has made a decent start to this term, having finished second in Bahrain, China and Spain.

He currently occupies third spot in the Drivers’ Championship on 58 points, 37 behind team-mate and leader Lewis Hamilton, and the hunt is most certainly on for the world title.

Talks over a new deal for Bottas have yet to start and, although happy to leave the discussions for the moment, he is hoping to earn a deal longer than 12 months this time around.

“I would like to stay with this team, hopefully for a long time,” he told Autosport. “That is my target.

As long as I keep performing like I’ve been performing this year so far, naturally it should be OK, all good.

“I always kind of had one-year deals, so I would naturally like to know at least for the next two years what I’m going to do.”

Next up on the F1 calendar is a trip to Monaco and a win for Bottas would boost his chances of claiming a maiden world title, which is currently priced at 23.00 to do.

Four-time champion Hamilton, although not at his best this season, is the 2.50 favourite whilst Ferrari’s Sebastian Vettel, who is also chasing a fifth crown, is next in the betting at 2.60.