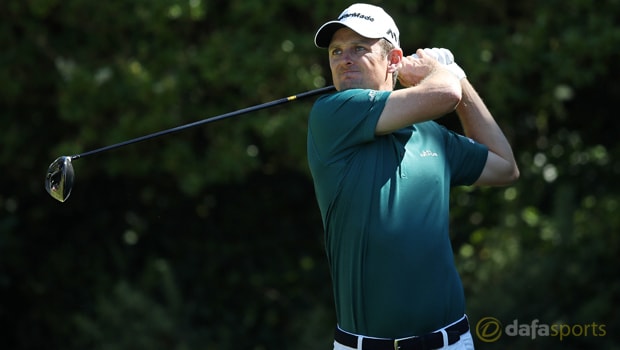 Justin Rose admits he is eager to build on his recent momentum when the European Tour season starts this week at the UBS Hong Kong Open.

The Englishman won the event in 2015 and could scarcely be arriving in better form this time around.

Rose, ranked sixth in the world, enjoyed an ultra-consistent 2017 campaign on both the PGA and European Tours that included a play-off defeat to Sergio Garcia at the Masters in April.

But it was only in the final throws of the season that the 37-year-old picked up the rewards his play had merited.

Rose won the WGC-HSBC Champions in China and backed that up with another win at the Turkish Airlines Open.

That was enough to propel him into a near duel with Tommy Fleetwood in the Race To Dubai standings going into the season-ending DP World Tour Championship in Dubai.

At one stage, it looked as if Rose might pip Fleetwood and claim a hat-trick of wins but he suffered a trio of dropped shots in the final nine holes at the Earth Course.

He would settle for tied-fourth in the DP World Tour Championship and a close second to fellow Englishman Fleetwood, who was crowned European number one for the first time.

Getting some titles on the board was vital for Rose and he now wants to build on his recent form and begin setting his goals for the new season in Hong Kong this week.

“Last week was nearly the fairytale ending to the season but to be able to put myself in with a chance in Dubai was amazing.

I played some solid golf all year long but obviously winning is also what matters and it’s nice to have some trophies before Christmas comes around.

“I’m really excited to be here in Hong Kong and I hope to keep the momentum going and refocus on new targets, too.”

Justin Rose is 11.00 to secure the Hong Kong Open while Fleetwood is 21.00 to win his first event as Europe’s official number one.