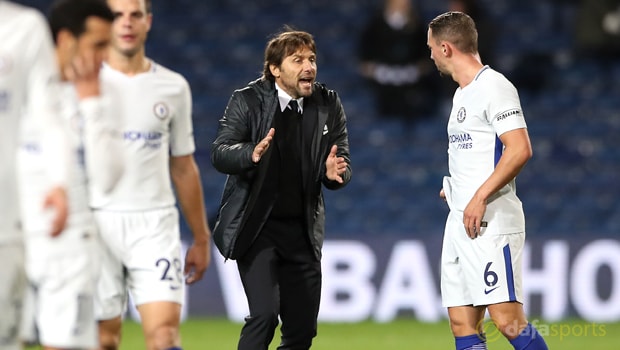 Chelsea boss Antonio Conte believes Wednesday’s away Champions League clash with Qarabag is the club’s “most important” game of the season to date.

The Blues can secure their progress through to the knockout stages of Europe’s premier club competition with a game to spare if they secure all three points in Azerbaijan.

The fixture will also mark a busy period for Chelsea, as it is their first of 12 matches between now and the end of the year, with Conte labelling the contest as their “most important” of the season to date, as he believes it is imperative they secure European progress as quickly as possible.

“We have to play the most important game of the season from the start until now,” Conte was quoted a saying on the club’s website.

“If we are able to win against Qarabag, we can go through to the next round of the Champions League and this is very important because this period from now until January is very busy, so it is very important to win the game.”

Chelsea secured a 6-0 victory when the two teams met at Stamford Bridge on Matchday One, but Conte knows Qarabag will be a completely different proposition this time around, as they have gained back-to-back draws with Atletico Madrid in their last two European fixtures.

The Italian added: “For sure it won’t be easy because in the last two games they drew twice against Atletico Madrid, and before that they lost the game but Roma were struggling a lot to win against them so it is very important to be focused, to work and to try to win the game.”

The Londoners are priced at 1.33 to return from Baku with all three points, while the hosts are available at 10.00 and the draw is on offer at 5.25.