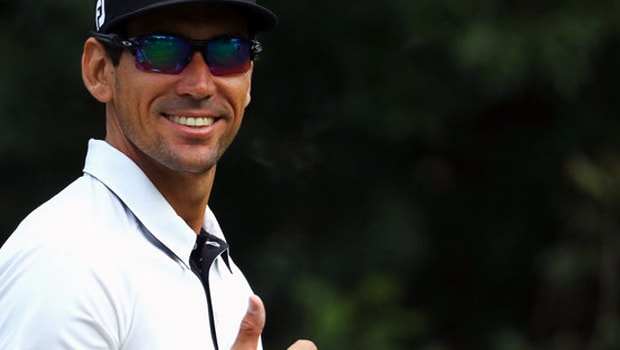 Rafa Cabrera-Bello admits he is excited to get going and what he believes will be a very competitive week at the Hero Indian Open.

The Spaniard is aiming for his first European Tour win since the 2012 Dubai Desert Classic in New Delhi but will face a strong challenge from a host of talented domestic players.

Home favourites such as Arjun Atwal, Jyoti Randhawa, Anirban Lahiri and SSP Chawrasia are all in the field having won the tournament in the past and will be looking to use their knowledge of the conditions to good effect.

At 26th in the world, Cabrera Bello is the highest-ranked player in the field and his price of 11.00 means he is expected to be at the sharp end of proceedings come Sunday.

Lahiri is the 9.00 favourite for the victory, while American Peter Uihlein is also fancied at 17.00.

Cabrera-Bello has not missed a cut since 2015 but says he is not taking anything for granted at the unfamiliar surroundings of DLF Golf and Country Club.

The 32-year-old admits he is anticipating an interesting week in India, especially with so many local stars on show.

“It is a very strong field, obviously,” he told the European Tour’s official website. “Some very great players are competing here.

“All of the top Indian guys, who always make it very hard for us playing in India.

They have the support of the crowd and the national pride of playing in your own country. I think that has helped them to a lot of success in the history of the event.

“I’m happy to be here, excited about competing here in India again.

I think that India as a country is going to have a very important role in the next decades for golf in the world.”