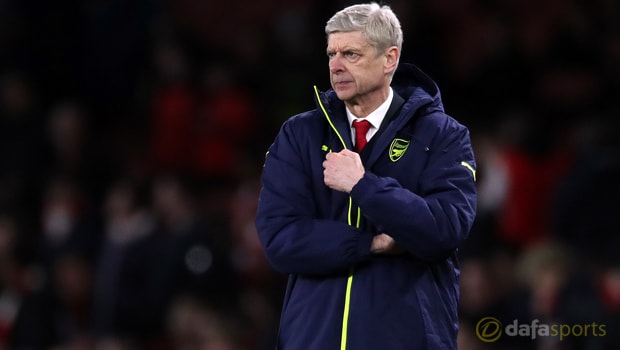 After last month’s 5-1 defeat in Germany, the Gunners headed into the game with little or no hope of progressing but showed spirit in the first half and led at the break through a Theo Walcott strike.

The wheels soon came off though, as following the sending off of Laurent Koscielny, goals from Robert Lewandowski, Arjen Robben, Douglas Costa and a brace from Arturo Vidal condemned the North Londoners to a 10-2 aggregate defeat.

It means Wenger’s side have now been eliminated in the last 16 for seven straight seasons and their performance prompted fresh criticism of the Frenchman from the already disgruntled Emirates crowd.

Arsenal must now regroup and focus on the battle for the top four, which they are 1.57 to finish in, while they also face a potential banana skin in the FA Cup against Lincoln on Saturday, a competition they are the 4.00 joint-favourites to win.

With the boss’ contract up in the summer, there has been a number of rumours he could be about to leave and the speculation has only been fuelled by talk of unrest within the dressing room.

Bellerin is adamant the 67-year-old remains the right man for the job though and insists the squad is backing him to succeed.

“The whole team is behind the manager. He’s the one who has made the team work,” he said Bellerin.

“In football, sometimes you’re high and sometimes you experience lows. Now is a low point for us but we only have to look at ourselves to do something.

“We just need to go for it and try to finish the season well.”