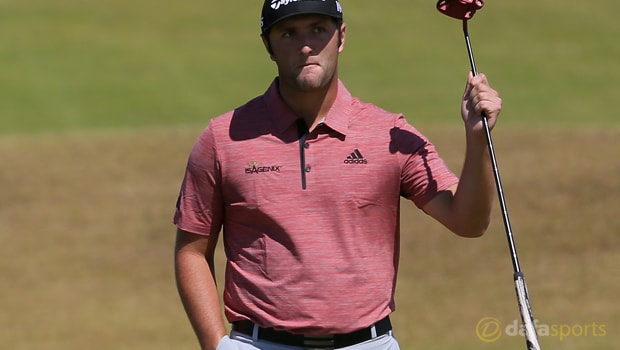 Jon Rahm feels he put too much pressure on himself to perform in the Majors during 2017 and has vowed to find a better formula for success going forward.

The big-hitting Spaniard enjoyed a stellar year on tour but his overall performances were underpinned by relatively poor efforts at the four Major championships.

Having started 2017 ranked 137th in the world, Rahm will head into the new year having scaled the heights of fourth spot, outgunning the likes of Rory McIlroy, Henrik Stenson, Rickie Fowler and Justin Rose by doing so.

He also flourished in the World Golf Championship events, finishing tied third in the WGC-Mexico Championship and reaching the final of the WGC-Match Play before losing to world number one Dustin Johnson.

It was a different story at the Majors, where a tied-27th finish at the Masters in April was the highlight of a disappointing year.

Rahm admits he has work to do mentally at golf’s biggest events.

“I have gotten to the first tee with too much pressure on myself, trying to control too much, trying to play good, trying to do more than I need to do,” he said.

“Every player has a formula and I think finding that formula is one of the most critical things when it comes to Major championships – after one year I still don’t know what my formula is.

“I haven’t played my best golf in the Majors and you know, hopefully, what I’m doing next year, which is resting the week before for most of them helps out.”

Rahm is 19.00 to win the Masters at Augusta in 2018 while he’s also 19.00 to lift the Claret Jug in next summer’s Open Championship at Carnoustie.