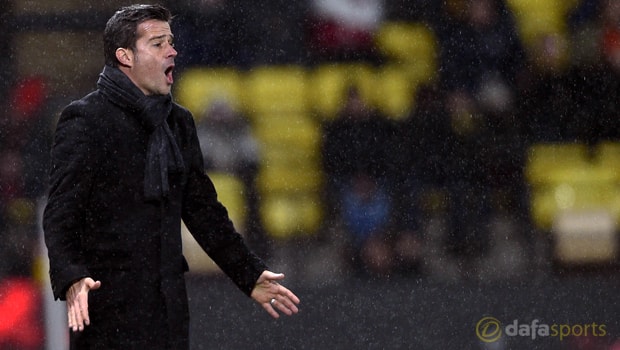 Manager Marco Silva insists Watford are a ‘fair team’ despite a worrying tally of red cards costing them at times this season.

Skipper Troy Deeney received a straight red in last weekend’s 4-1 home defeat by Huddersfield and, having had has appeal rejected, will now sit out four games. Deeney will miss the upcoming games against Brighton, Swansea, Leicester and Manchester City.

Watford’s four reds cards is the highest so far in the Premier League this term, while their tally of nine since the start of last season is more than any other club during that period.

Silva revealed he had words with Deeney this week about his discipline, but the 40-year-old Spaniard doesn’t believe there to be an underlying problem at the club.

But you can look for the yellow cards as well and our team stays in the middle [of the table],” Silva said.

“My team is a fair team. We try to compete; we try to play in the normal way.

Some things happen in the moment because if you have a real discipline problem, maybe you’re first in yellow cards.”

His side has collected just one point from the last 15 available, with three consecutive defeats, but Silva remains calm going into another key battle on Saturday at Brighton.

“In the last two months we’ve had problems to solve with injured players and with this starts to come some banned players, it’s not the best scenario but I’m here to find the best solutions,” he added.