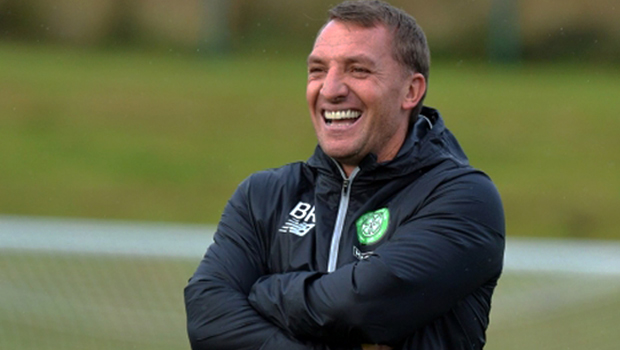 Celtic manager Brendan Rodgers is a candidate to succeed Arsene Wenger at Arsenal, according to ex-striker Charlie Nicholas.

The Scot played for both clubs during his career and he feels that former Liverpool boss Rodgers is rebuilding his reputation in Scotland to the extent that he would be a viable option for Arsenal when Wenger leaves.

The Frenchman’s contract expires this summer and it remains to be seen if his two-decade tenure in north London will be extended further.

While he freely admits it might incur some wrath from the Hoops faithful, Nicholas insists the Northern Irishman would be on Arsenal’s radar if Wenger leaves.

When asked if Rodgers would be a contender, Nicholas said: “I apologise now to Celtic fans because they’ll be on my case, but of course he would.

“He’s building his stock back up. He went to win things at Celtic and he’s got two trophies in the cabinet already, potentially a third is staring him in the face with the Old Firm derby coming up.

“It’s been interesting because Celtic have won the title without really working hard for it. He’s impressed. He’s got good energy.”

Celtic have already won the League Cup and will secure the Scottish Premiership for the sixth season running when they collect three more points.

They have a Scottish Cup semi-final against Rangers to look forward to later this month as they chase a first domestic treble since Martin O’Neill won all three trophies in 2000/01.

Nicholas has no doubts that Rodgers would be suited to the style of football enjoyed at the Emirates. “Absolutely, if Arsenal are looking at a list of names to replace Arsene, Rodgers would be on it,” he added.

“He plays the Arsenal way. He played the same style at Liverpool and he probably should have won the league. Everything is there for me to say absolutely.”