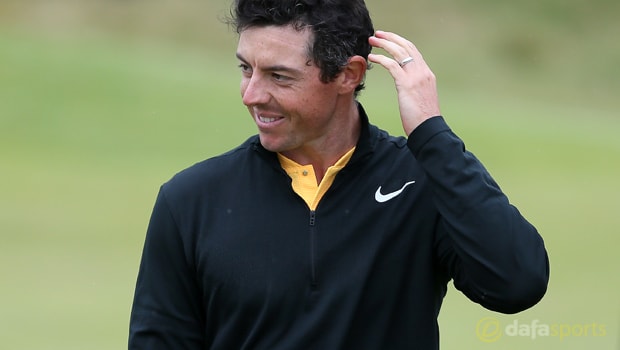 Paul McGinley says he is surprised Rory McIlroy has decided to part with caddie JP Fitzgerald, with the final major of the season just around the corner.

Although official confirmation is yet to come, it is reported that world number four McIlroy has parted ways with Fitzgerald after nine successful years together.

With the Dubliner on the bag, the 28-year-old has won four major championships – the last of those coming at the 2014 US PGA – while he also topped the world rankings.

The Northern Irishman’s decision to fire his caddie comes after he praised his right-hand man for kicking him into gear at the Open last month when slipping to five-over par early into his first round at Royal Birkdale.

McIlroy will be taking part in the WGC Bridgestone Invitational at Firestone Country Club and reports are suggesting close friend Harry Diamond will step in as caddie for the coveted tournament.

Europe’s successful 2014 Ryder Cup captain McGinley, who also enjoyed a good partnership with Fitzgerald for more than six years, says he is slightly confused as to why McIlroy has made the choice at this time of the season. “The timing is surprising,” he said.

“He’s obviously got his reasons. I don’t know what they are so I don’t want to be critical of him. I haven’t spoken to him.

“Going into the last major of the year, it’s surprising that he has made this decision going into a major on a golf course (Quail Hollow, Charlotte, North Carolina, for the PGA Championship next week) on which he has won twice with JP.”

McIlroy is priced at 10.00, along with Dustin Johnson, to win the Bridgestone Invitational. Open champion Jordan Spieth is the narrow 9.50 favourite.