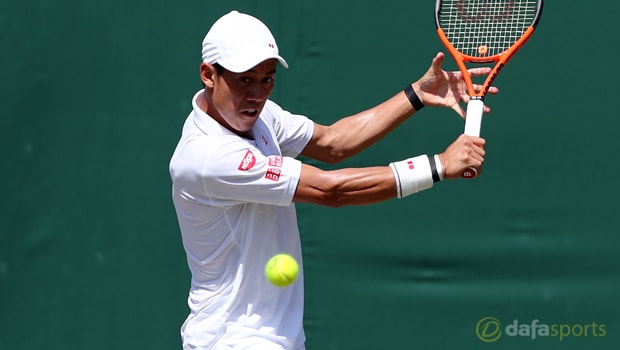 Kei Nishikori is working hard to end his long wait for a 12th career title and is optimistic a return to Washington will provide the spark needed.

Nishikori has managed to reach two ATP finals in 2017 – at the Brisbane International and the Argentina Open – but he lost to Grigor Dimitrov and Alexandr Dolgopolov respectively.

The 27-year-old has not tasted success for over 16 months, with his most recent tournament victory coming at the 2016 Memphis Open after he beat America’s Taylor Fritz 6-4 6-4 in the final.

Japan’s number one did reach the French Open quarter-finals this year but he also suffered disappointing early exits at the Australian Open and Wimbledon – departing at the fourth and third round respectively.

The world number nine will be hoping to put a stop to his long title drought at the Washington Open this week, a tournament he won back in 2015 when beating home favourite John Isner.

Nishikori, who is 9.50 to win the US event, is expecting a difficult challenge due to the star-studded field, but is optimistic of adding another title to his collection.

Canada’s Milos Raonic is the 6.50 favourite to lift the trophy while Juan Martin del Potro, who is enjoying a resurgence in his career after an injury-free time, is a 9.50 chance.