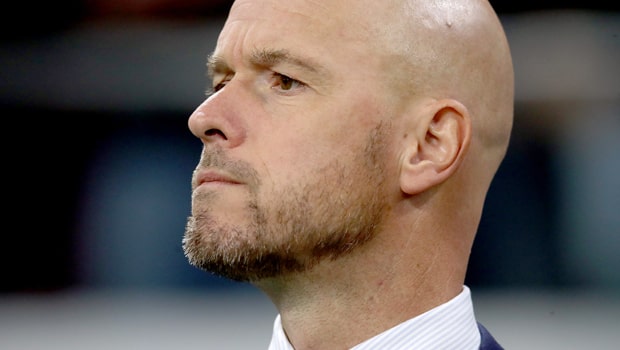 Boss Erik Ten Hag believes Ajax can still progress in the Champions League but concedes Wednesday’s draw against Real Madrid was not an ideal result.

The Dutch giants hosted the first leg but could only draw 1-1, with Cristiano Ronaldo stealing the headlines once again.

Ronaldo, who has lifted the trophy on five occasions, opened the scoring with the last kick of the first half. The former Manchester United star buried a sensational diving header from Joao Cancelo’s cross to score his 125th goal in the competition.

Ajax responded in the first minute of the second half, with David Neres curling home from 15 yards out. Both teams had late chances but Ten Hag claims his side can do the business when they head to Turin next week.

“We spent a lot of time in possession and were patient. And we had some very good opportunities in the game. At half-time I told them to keep doing what they were doing, you see that Juventus make mistakes.”

Juventus boss Massimilliano Allegri also praised the Ajax side and admits his team need to make big improvements for the second leg.

“Ajax are a great team, very good technically dribbling very well in the flanks,” he said. “We had to make better use of some occasions, even if they are good at pressing second balls.

“When they scored at the start of the second half this gave him confidence, then some of our mistakes helped them, and we had to become more compact. I added so many technical players to let us breathe.”

Juventus are still one of the favourites to win the competition and can be backed at odds of 4.33 to lift the trophy.