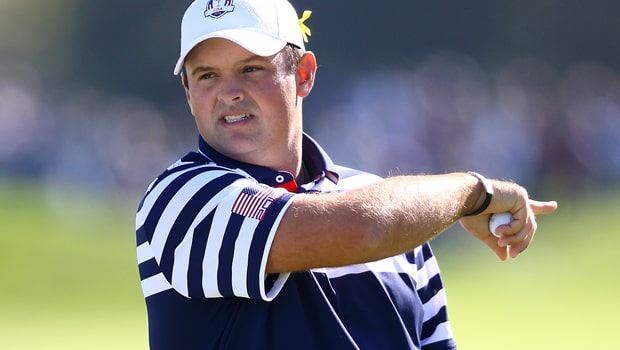 Patrick Reed may not have been at his sparkling best so far this season but he is confident he can mount a serious defence of his Masters title next month.

The American claimed the first major success of his career at Augusta 12 months ago, but he has not won on the PGA Tour since and he is yet to register a top-10 finish during 2019.

Indeed, the 28-year-old could only finish in a tie for 47th at last week’s Players Championship, but he is not overly concerned about his game, as he feels he is not too far away from clicking into top gear.

“I’ve put myself in position and have put some solid rounds together, I just haven’t quite put four out there yet at the same time,” Reed told reporters.

“I feel like I’m really close. I feel like I’ve got the bag where I feel really comfortable and confident with it, and now it’s just get some more reps (golf) underneath me and just kind of get ready for Augusta.”

Reed has just two tournaments left to play before the Masters gets underway, starting with this week’s Valspar Championship in Florida, but he does not feel it is vital he returns to the winners’ circle before heading to Augusta.

“It definitely would help but, honestly, I feel like my mindset and state of mind that I’m in right now is better than it was last year at this point,” Reed added.

The world number 16, who saw off the challenge of Rickie Fowler, Jordan Spieth and Rory McIlroy to win at Augusta last year, is priced at 34.00 to become the first player since Tiger Woods in 2002 to successfully defend his Masters crown.