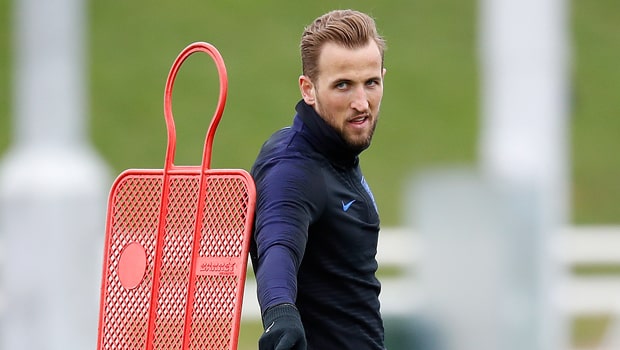 Captain Harry Kane believes England can top their 2018 achievements by going on to win the UEFA Nations League this summer.

The Three Lions defied expectations by reaching the semi-finals of the World Cup for the first time since 1990 last summer, while they also topped their Nations League group to make it through to this year’s finals in Portugal.

Tottenham star Kane was a central figure in England’s 2018 success – finishing as the top scorer at the World Cup – but he feels Gareth Southgate’s side can top their achievements of last year by winning the Nations League.

“If we win the Nations League, I think it will top it,” Kane said of comparisons with 2018.

“It’s not very often you have the chance to win a trophy in an England shirt. If we have a good summer and win that trophy, in my eyes it’s a better year.”

The 25-year-old also feels England have dealt well with the rise in expectation levels since the World Cup and he sees no reason for that not to continue.

“People expect us to do well and before the World Cup there were no expectations,” he added. “It’s great that we’ve turned that around and it’s up to us as players to use that experience we have had to manage the expectations now.

“I think we have handled it [the weight of expectation] really well since the World Cup.”

Before England can turn their attention to the Nations League, they must first negotiate their opening two Euro 2020 qualifiers against the Czech Republic and Montenegro.

First up is the clash with the Czechs at Wembley on Friday and England are priced at 1.30 to win that match, while the visitors are available at 11.00 and the draw is on offer at 5.25.