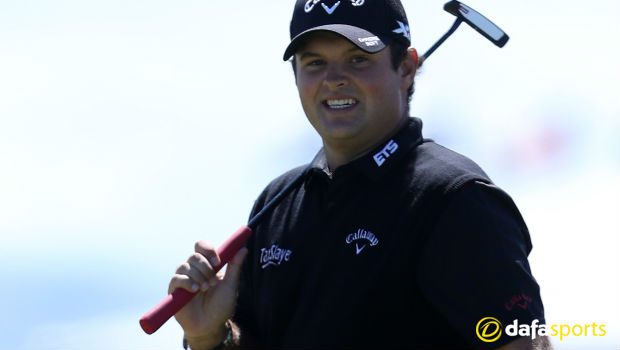 Patrick Reed is hoping to play a big part in America’s attempts to win back the Ryder Cup this year after clinching one of the eight automatic team places.

Reed was hanging onto eighth spot in the team for the event at Hazeltine going into The Barclays last week, which was the final qualifying tournament before the top eight were announced.

The 26-year-old produced arguably his best golf of the season and managed to pick up his first PGA Tour title of the year, and fifth overall, after ending up one-shot clear of the field on -9.

Argentine Emiliano Grillo and American Sean O’Hair finished in a share for second on -8 while world number one Jason Day was a further stroke back alongside Adam Scott and Gary Woodland.

Reed has now booked his place in the side for the 2016 Ryder Cup, jumping up to fourth in the standings, and he is already thinking about winning back the coveted trophy.

“I’m so glad about the Ryder Cup,” he tod reporters. “It was a huge goal to get back having played so well my first time, but unfortunately the cup didn’t come back with us. “I’m hoping for sweet revenge and hopefully the cup comes back home.”

Reed was one of the rare positives for the US at Gleneagles two years ago, winning both fourballs matches, halving a foursomes contest and then beating Henrik Stenson in the singles.

Europe will be aiming to make it an unprecedented four straight wins and Darren Clarke will have at least five rookies playing at Hazeltine, with Matthew Fitzpatrick, Danny Willett, Andy Sullivan, Chris Wood and Rafael Cabrera-Bello qualifying automatically.