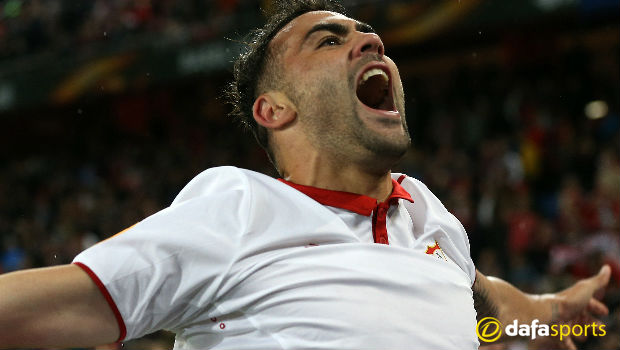 Sunderland manager David Moyes is closing in on the signing of Vicente Iborra after reportedly having a £7million bid for the midfielder accepted by Sevilla.

Sunderland have endured a difficult start to the Premier League with two defeats and one draw leaving the club languishing down in 16th place in the table.

The Black Cats did produce a good performance in the 1-1 draw against Southampton on Saturday but Moyes admits the squad needs strengthening before the window slams shut.

It now appears the north-east outfit are close to completing their seventh summer signing, having agreed a fee for the transfer of Iborra.

The 28-year-old has been a regular fixture in the Spanish sides first team since joining from Levante back in 2013, making 81 league appearances and scoring 17 goals.

A switch to the Stadium of Light now looks to be on the cards and his arrival will help to bolster the centre of midfield, an area that has been arguably Sunderland’s weakest.

Moyes is keen to get the deal over the line and begin working with the Moncada-born star over the international break and get him up to speed.

Sunderland return to Premier League action on September 12 when they play host to Everton, who have made an undefeated start under new boss Ronald Koeman.

The visitors are 2.10 favourites to win all three points, a draw is priced at 3.30 while the home side are the 3.50 outsiders to pick up their first victory of the campaign.