Padraig Harrington rolls back the years in Honda Classic 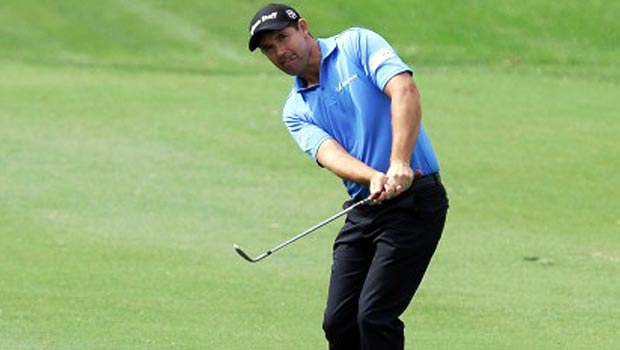 The Irishman completed his second round in 66 to take a one-shot advantage over America’s Patrick Reed, with Ian Poulter and Brendan Steele one shot further adrift.

The third round was abandoned early on Saturday with lightning and heavy rain rendering the PGA National Champion course unplayable.

The tournament appears destined for a Monday finish in Florida but that was of no concern for the affable Dubliner Harrington, who insists he remains in love with the game despite a run of form that saw him drop as low as 371st in the world rankings.

“I’m fascinated with the game, I love it,” Harrington said after a four-under-par second round. “I think I’m in a good place that I can deliver more performances like this.”

Seven birdies in his opening 15 holes had allowed Harrington move into a three-shot lead, but a bogey-bogey finish to his round ensured he leads by the minimum. However, that didn’t dent his confidence following such a bright start.

“I don’t know what’s going to happen the next 36 holes, but I have a good idea where I’m going. I’m pretty confident,” he added.

Having completed their second rounds on Friday, Reed and Poulter sat out Saturday. They will join Harrington in the final three-ball when the third round action gets underway.

England’s Luke Donald is three shots adrift of Harrington on four-under-par with Russell Knox – beaten in a play-off at the Honda Classic last year – one stroke further back in a share of sixth place.

Reed is 3.50 to win the Honda Classic while the Field can be backed at 1.31 to overcome the rising American star.