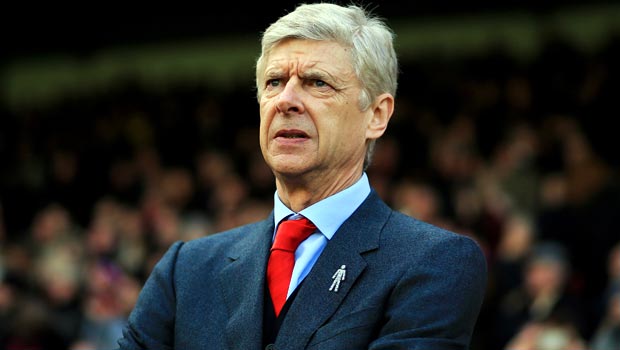 Arsene Wenger has urged his Arsenal players to “look forward” and cement their position in the Premier League’s top-four places and not dwell on this week’s damaging Champions League defeat against Monaco.

The Gunners’ chief was left disappointed and frustrated after his former club came to the Emirates Stadium on Wednesday night and secured a 3-1 last-16 first leg win to put one foot into the quarter-finals.

Wenger has not given up on Arsenal’s European aspirations for this season despite knowing his side face a mountain to climb in the French Principality if they are going to overturn the deficit.

In the meantime the Londoners must get back to domestic action with a visit of Everton to the Emirates Stadium on Sunday giving them an opportunity to make it six wins from seven league outings.

The Gunners sit in third spot and are just two points clear of fifth-placed Southampton and Wenger said: “It is a very good opportunity for us to put things right again. Having watched the game again, we started quite well and the goal against us was a big blow. We were shocked that we were 1-0 down after we rushed our game.

“We lost our discipline and everybody became too individual, we were too impatient, then we lost our game a little bit. Apart from that, we are on a strong run. This is a different competition and it is just important we continue our run in the Premier League again.”

The Frenchman added: “I can talk a lot, but what is important now is to look forward – instead of worrying about yesterday I prefer to look towards tomorrow. It is important for us to focus on what is in front of us. The season does not stop.”

Midfielder Jack Wilshere will miss the game against the Toffees as he is set for a short spell on the sidelines, while the game will come too soon for Aaron Ramsey and Mathieu Flamini.