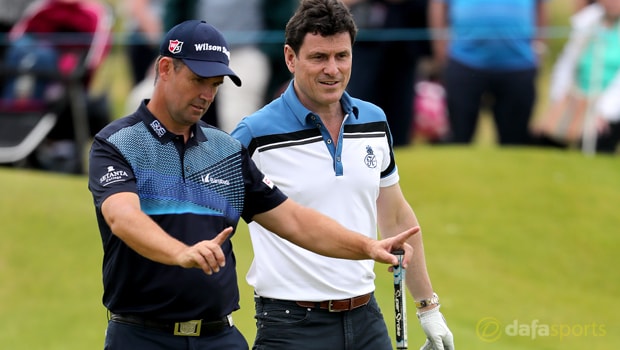 Padraig Harrington hopes to be able to have his form peak for the Open Championship at Royal Birkdale in a fortnight’s time.

The Irishman tees it up on home soil this week for the Dubai Duty Free Irish Open title at Portstewart and, while he’d love to win there, he says his focus is very much geared towards the third major championship of the year.

Three-time major winner Harrington defeated Sergio Garcia in a playoff to lift the Claret Jug at Carnoustie in 2007 and defended the title at Royal Birkdale in 2008.

The Open returns to Birkdale in two weeks’ time and despite a season badly interrupted by injury, the 45-year-old believes he can contend.

He has played just eight events in 2017 and underwent surgery on a trapped nerve in his neck in March and then being struck on the elbow by an amateur during a coaching session last month.

“I need a run of events but my game feels good and there’s no reason why it can’t add up to a winning performance this week or in any week at the moment,” said the Dubliner.

“I’m certainly not using this as a practice week, but I have set my plan of preparation to get ready for the Open.

I’ve already got into that sort of game mode where everything is about peaking for the week of the Open.”

Harrington also has no trouble admitting that the freak accident in June which left him needing six stitches could have ended his career prematurely.

“I don’t think I would compete as a professional golfer if I had broken the elbow,” Harrington added.

“You’re not coming back from an injury like that, to full health, full fitness, no matter what you do.

You wouldn’t do that with a broken elbow coming back from it. So yeah, it would have been the end of me, no doubt about it.”