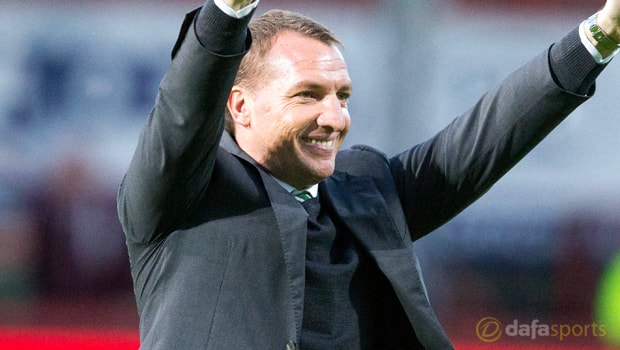 Brendan Rodgers declared himself to be pleased with Celtic’s pre-season progress after watching his side play out a scoreless draw with Slavia Prague.

Celtic dominated against the Czech champions for long spells but, despite creating some decent chances, did not manage a breakthrough.

Celtic now know they will be travelling to Belfast on 14 July to face Irish League champions Linfield in their Champions League second round qualifier first leg.

David Healy’s side secured a scoreless draw in San Marino against La Fiorita, enough to ensure their 1-0 first leg win at Windsor Park pushed them on to face Celtic.

Security concerns around the tie led to agreement that any potential first leg between the clubs in Belfast would be moved from the normal midweek slot to the Friday evening.

The Celtic manager is happy with how things are progressing in pre-season ahead of the vital qualifiers that mean so much to the Scottish champions.

“I thought Slavia Prague were a very good team. I have seen enough [here] to see why they were the champions of their league last season.

It was a game that was relevant for us because it was against a good side and a potential opponent in the qualifiers,” said Rodgers.

“I was very pleased with my own team. It was another step-up for us.

We played Rapid Vienna and it was a tough game for us and we then played the game tonight and, tactically, I was very pleased with the team.”

The Northern Irishman added that he sees plenty of progress from where his Celtic team were 12 months ago.

“I’m assessing the mentality of my team one year on from where we were this time last season, and I’m very pleased with the structure,” Rodgers added.