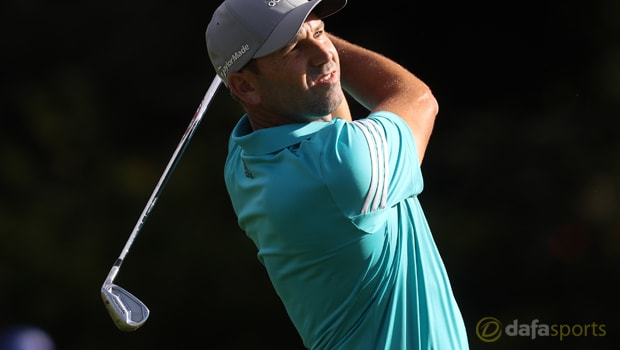 Sergio Garcia admitted he was satisfied with the shape of his game after opening with a 67 at the Australian PGA Championship.

It has been a stellar year for the Spaniard who finally broke his major duck at the Masters while he also claimed victory at the Dubai Desert Classic and his own tournament, the Andalucia Valderrama Masters.

The conditions were favourable for scoring on Thursday at Royal Pines and he took advantage, carding five birdies and no bogeys to take a tie for third after the opening round.

He is joined on five-under by, amongst others, Marc Leishman and Peter Senior, one off the lead held by Jordan Zunic and Adam Bland who are on six-under.

Garcia’s playing partners, Adam Scott and Wade Ormsby, are both on one-under although much could change on Friday, with the course expected to firm up following a rainy week so far.

The 37-year-old says he is pleased with his form, but concedes fatigue could play a part over the weekend.

“I wouldn’t say that it was amazing, but it was good,” said Garcia.

“The most positive thing for me would be to go a bogey-free round which I didn’t realise until we got done.

I feel like mentally I’m not quite as sharp as I was probably a month ago or so.

“I guess the year is kind of draining a little bit, but it was nice to play with Scotty (Adam Scott) and with Wade (Ormsby), we had a great time.”

Garcia is currently priced at 4.50 to win the tournament, with Leishman the 4.00 favourite.