Puel – No problems with Mahrez 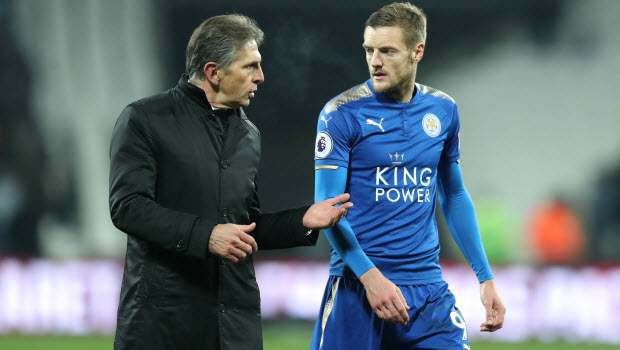 Leicester boss Claude Puel insists he has no issues with Riyad Mahrez despite the Algerian’s frustration at being substituted during Friday’s 1-1 draw with West Ham.

The former Premier League player of the year was withdrawn midway through the second half of the contest at the London Stadium and his frustration at the decision was clear.

However, Puel is adamant there are no problems between himself and Mahrez, insisting instead that it was good to see the 26-year-old show his desire to remain on the field.

“We spoke at training – it is not a problem,” Puel said. “Riyad was a little frustrated in the second half without the possibility to touch more balls.

That is a good thing, when a player is not happy.” Mahrez is likely to be included in the starting line-up for Leicester’s next match, a Premier League clash with Tottenham at the King Power Stadium on Tuesday evening.

Puel knows his side will face a stern test of their credentials against Mauricio Pochettino’s team but believes the match will also act as a barometer to see how far they have come during his short time in charge.

“They are a great team. We are playing against a strong team with good character and great quality.

In every position, they have great players,” Puel added. “We must try to play our own game and it will be good to see our progress under pressure against a good opponent.