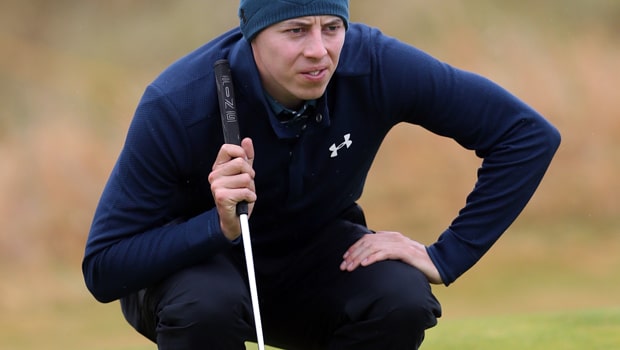 Matthew Fitzpatrick claimed a fifth European Tour win after edging out Denmark’s Lucas Bjerregaard in a play-off to defend the Omega European Masters title in Switzerland.

But the Englishman then admitted that his form this summer wasn’t good enough to merit a place in the European Ryder Cup team.

Fitzpatrick was one of those vying for a wildcard pick from Thomas Bjorn last week but he missed out, compatriots Ian Poulter and Paul Casey joining Ryder Cup stalwarts Henrik Stenson and Sergio Garcia in completing the line-up for Le Golf Nacional in Paris later this month.

Fitzpatrick, 24, became the first player since Seve Ballesteros in 1978 to successfully defend the title at Crans-sur-Sierre Golf Club.

The world number 44 however was quick to dispel any myth that he might have felt aggrieved that Bjorn overlooked him.

“I didn’t play well enough this summer, it’s as simple as that,” said Fitzpatrick.

“I don’t hold anything against Thomas for not picking me, and I completely understand why he has gone for experience because it is vital in the Ryder Cup.”

The victory in Switzerland was the fifth professional success of Fitzpatrick’s already impressive career. In the circumstances, the Sheffield man suggested it was perhaps the most satisfying.

“This is what I wanted to achieve this season – another win,” he said.

“To get it here again is so special and to get my fifth is amazing. I love this place.

“That was tough, that was really tough. Of all my wins I’d say that was definitely the most difficult. I didn’t have my A game today, but I managed to grind it out. I made some crucial birdies coming in and I’m delighted. This is one of my best.”