Posted by Jason Stepford on September 9, 2017 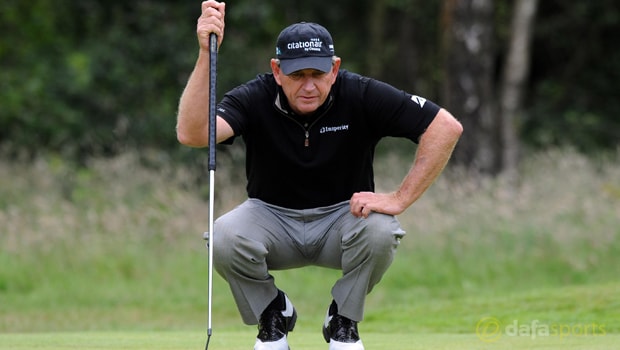 International Team captain Nick Price says he has no doubts about choosing Emiliano Grillo as one of his two wildcard picks for the 2017 Presidents Cup in New Jersey.

Price has been chosen as skipper for a third straight time and will be hoping for a first win, having lost 18.5-15.5 at Muirfield Village in 2013 before being edged out 15.5-14.5 in South Korea two years ago.

The International Team is arguably the strongest it has been in the history of the competition, with world number three Hideki Matsuyama and former top-ranked player Jason Day on board.

Price has two wildcard picks to make and decided to choose India’s Anirban Lahiri and Argentine Grillo to complete his team for the event at Liberty National Golf Club.

The Zimbabwean, who won three major titles, is happy with the options available at his disposal and believes Grillo will be able to cope with the pressure.

“Emiliano has always been on our radar since earning the PGA Tour Rookie of the Year award last year,” Price said.

“He’s an explosive player who can make a lot of birdies, and he’s proven he can win on Tour.”

Steve Stricker captains the Americans and the defending champions are 1.36 to win.

The draw is priced at 13.00 whilst the challengers are a 3.75 chance to triumph for just the second time.