Posted by Fred McKinley on September 9, 2017 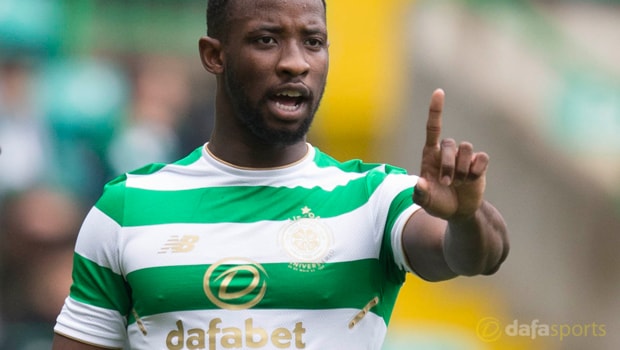 Brendan Rodgers says Moussa Dembele could play a part in Celtic’s Champions League clash against Paris Saint-Germain on Tuesday although the manager will not risk his star forward if he isn’t fully fit.

Dembele has been on the sidelines since July after picking up a hamstring injury but has recently returned to training following rehabilitation work in his native France.

The France international was a key part of Celtic’s domestic treble-winning side last season, scoring 17 goals from 29 Scottish Premiership appearances while bagging 10 goals in the two cup competitions.

Rodgers’ men have started the new campaign in decent fashion, winning three matches and drawing the other, leaving the defending champions second in the table, two points behind Aberdeen, who are 15.00 to win the title.

Scottish striker Leigh Griffiths is an injury doubt for the Bhoys after aggravating a calf injury on international duty and summer signing Odsonne Edouard, who arrived from PSG on a season-long loan, is pushing for a start.

Dembele is eager to feature in the clash against the French giants but Rodgers, although impressed with the progress being made, won’t risk the forward sustaining more damage by rushing him back.

“We have to be sure he is right if he is going to have any involvement in the game,” he said.

“He went to Clairefontaine [France’s national football centre] for three weeks and did some great work with the medical team there, like he’d done here before he left.

“He’s back and we’ll assess him really to see where he is at. The most important thing is we don’t risk it.”

Celtic, who are 1.03 favourites to retain the league title, are massive outsiders at 11.00 to beat PSG in Scotland, the draw is priced at 6.00 whilst the visitors are 1.22.