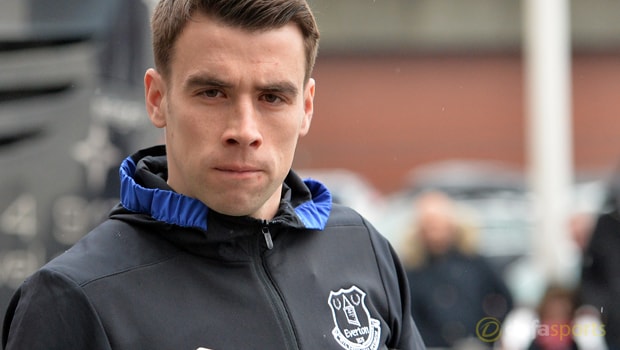 Seamus Coleman has cautioned Everton on getting too far ahead of themselves as they prepare to face struggling Sunderland this weekend.

The Toffees are unbeaten in eight Premier League games and have designs on ensuring European qualification for next season.

Sunderland, meanwhile, under the guidance of former Goodison Park boss David Moyes, are rooted to the bottom of the Premier League pile.

The Black Cats have lost five of their previous eight leagues games and they were clinically dispatched 4-0 on home soil by Southampton last time out.

For Coleman, it is vital that Everton maintain complete focus on beating Saturday’s opponents, rather than looking ahead and contemplating how high up the table they can climb.

“It’s the boring answer but you can only focus on the next game,” he told the Everton website.

“If you look too far ahead at a run of games and try to imagine where you could be in the table, you take your eye off the ball and you’ll get punished for that.”

Sunderland have been in New York for a training camp, while Everton spent last week in Dubai enjoying some warm weather training of their own.

Full-back Coleman is wary of underestimating a team that is scrapping for its Premier League life.

The Ireland international would have preferred a win last time out at Middlesbrough, but he appreciates the value of maintaining an unbeaten run.

“We’re focused on Sunderland. We know they’ll be fighting for their lives, especially after the result they had last time out and we need to be ready for them,” added Coleman.

“We would have liked to go into the break with a win, but it was important we didn’t lose. We have worked hard in Dubai and we’ll continue to prepare for the next game.”

Everton are 1.40 to beat Sunderland on Saturday. The visitors are 8.00 for the Goodison clash with the draw 4.00.