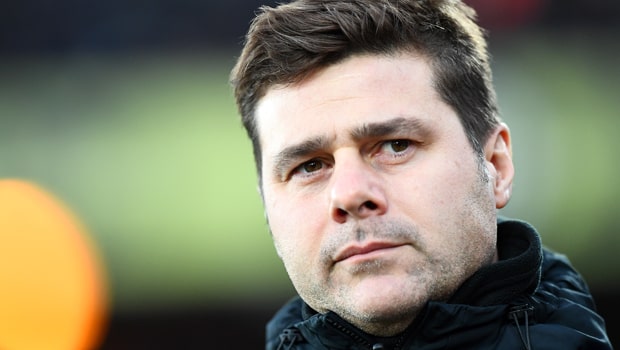 Tottenham boss Mauricio Pochettino insists finishing in the Premier League’s top four is more important than winning a trophy for the club.

The Londoners exited the FA Cup on Sunday after losing 2-0 at Crystal Palace, a setback that came hot on the heels of their Carabao Cup semi-final loss at the hands of Chelsea on Thursday.

According to Pochettino, winning a trophy will be no guarantee of progress for Spurs and he feels silverware is only an ego-boost.

The Argentine is not losing focus on Spurs main aim this season. “Again we’re going to have the debate whether a trophy will take the club to the next level.

I don’t agree with it. It only builds your ego. The most important thing for Tottenham right now is to always be in the top four,” he said.

Tottenham remain on course for the top four again this season, while they’ve also got a Champions League last-16 tie with Borussia Dortmund to look forward to next month.

“We have to be positive. We are still in two competitions, in a good position in the Premier League and the Champions League is a massive motivation for the whole club. We have to be strong,” added Pochettino.

“People wish we could win some trophies. But being realistic, we are doing so well. To win a title here in England like the FA Cup or Carabao Cup is about being lucky, not only about quality in your squad.”

Losing the likes of Harry Kane and Dele Alli to injury appears to have taken a toll on Tottenham lately, something the manager also alluded to.

“To arrive here in different condition, so you can fight or be stronger… Of course, it’s tougher to compete and win when things happened as they did,” Pochettino suggested.

“Sometimes when you assess football, you only look at which team won and which team lost, but you have to consider all the circumstances.”

Spurs are 1.17 to finish in the top four of the Premier League this season, while they are 1.67 to beat Watford at Wembley on Wednesday evening.