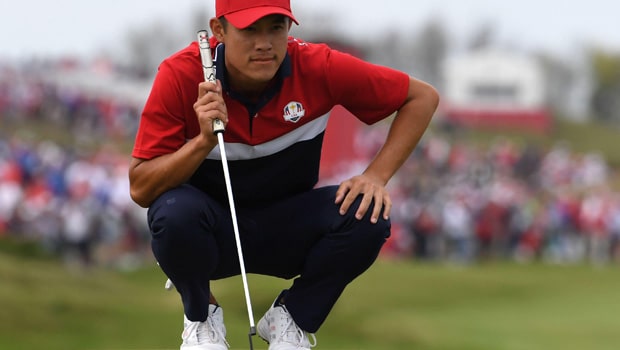 Collin Morikawa claimed the Race to Dubai title after winning the DP World Tour Championship in Dubai on Sunday.

Morikawa finished 17 under at six-under 66, cruising to victory after making five birdies in the last seven holes. Morikawa had entered the event poised to win the Race to Dubai title, only if he won the DP World Tour Championship. On the first day of the event, Irishman Rory McIlroy finished top of the leaderboard but finished the event on Sunday tied at sixth place with 12 under.

McIlroy began the day as the overnight leader with a one-shot lead, which he doubled at the second hole. But he suffered a bogey on the fourth then went on to make part on the remaining holes up to the ninth. Matt Fitzpatrick, who was also a close contender for the title, had a good run on the final day. He began six shots behind but was able to make birdies on the first two holes. By the 15th hole, Fitzpatrick took the lead but lost it at the 16th when his ball found water. He continued with a bogey at the 17th but was able to make a birdie at the 18th, putting him in second place.

Morikawa, who began the day three shots behind McIlroy, found luck starting from the 12th hole, where he made his first of his last five bogeys. He made back-to-back bogeys on the 14th and 15th hole, put a par on the 16th, and completed his round with birdies on the 17th and 18th.

By winning, Morikawa has now become the first American to win the Race to Dubai title. Speaking after the race, he said, “To be the first American to do that [win the money list], to put my name against many greats, hall of famers, it’s special. To have this chance and close it out with a win in the DP World Tour Championship, what a great way to finish that.”