Posted by OLADIPUPO MOJEED on November 24, 2021 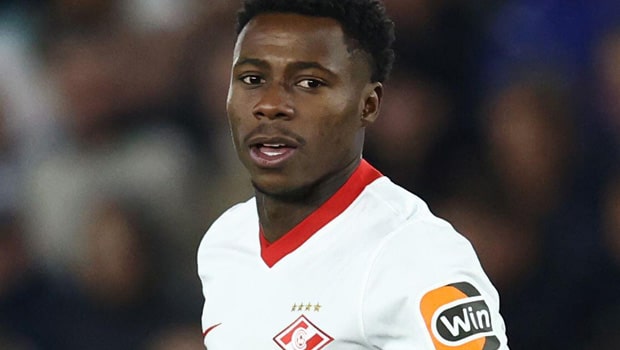 Having regained their confidence in the Europa League recently with wins, Napoli will be looking forward to securing the next round ticket of the UEFA second tier club tournament.

Being top of the group, Napoli will want to strengthen their hold on that top spot in Group C. Having won their last two in the competition, Spartak Moscow needs a win as their campaign appears to be getting steadily worse as the season progresses.

The Russian team are winless in their last seven matches across all competitions. They had recently suffered a 2-1 defeat to Krasnodar in the Russian Premier League on Saturday.

In Group C the Russian team have suffered two defeats in that run and earned a 1-1 draw at Leicester City in their previous fixture in the competition.

Spartak Moscow’s run of poor form continues as they are yet to win a game in their home. The hosts have lost their last two home matches in the Europa League and were beaten 4-3 by Leicester City in their previous fixture in front of their fans.

In the Group C of the Europa League, Napoli needs a win to cement the top spot.

Although Napoli is top of Serie A, they have not been impressive lately,  and travel to Moscow off the back of their first domestic defeat.

Napoli on the other hand has won their last two matches and claimed a 4-1 victory at Legia Warsaw in their previous fixture.

Spartak will have to play and entertain people with their best performance.

Napoli has scored 11 goals in four Europa League games where they scored 11 times.

It could be recalled that the last and first meeting of both teams was the reverse fixture in which the Russians won 3-2.

Napoli will have to play the game against their top nine who had a facial injury.

Napoli needs to also keep an eye on Quincy Promes who is capable of hurting them the second time.

In the absence of Striker Victor Osimhen, who suffered a head injury against Inter Milan,  Dries Mertens is expected to fill inform me.