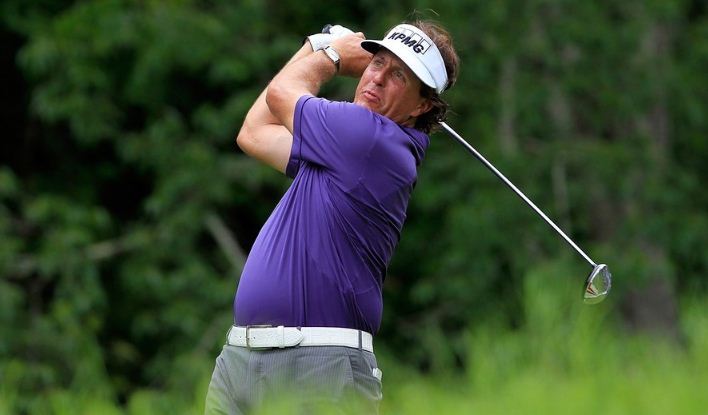 After carding a six-under-par 66 on day one of the Scottish Open, world number eight Phil Mickelson can’t wait for Muirfield to start next week.

The American is still waiting to lift the Claret Jug during an otherwise glittering career that has seen him land four majors.

In fact it is over 20 years now since ‘Lefty’ was triumphant in Europe, but if the first day at Castle Stuart is anything to go by, the long wait may be over.

Mickelson did not get off to the best of starts in Scotland on Thursday, three-putting the first hole, but after an angry exchange with himself, his fortunes improved, with a combination of eagles and birdies on the way round, helping him to a share of third place on six-under-par.

In fact conditions on the links course were so calm that no less than 117 of the 156-strong field at Castle Stuart broke par, with England’s John Parry going round in eight-under-par 64 to hold a one-shot lead over compatriot Simon Khan, with Mickelson a shot further back in a tie for third.

Mickelson agreed that the weather was a big help: “It was a good start,” he said.

“We had perfect conditions the first 14 or 15 holes and there are opportunities on this course to make birdies and eagles.

“It’s an above-average round but there were opportunities to pick up three or four shots that I let go so I have to get a little sharper.

“There was a good chance to go low but it’s great for me to get off to a decent start because historically I have gotten off to poor starts the last couple of years here and I’ve been fighting just to make the cut.”

Meanwhile, defending Open champion Ernie Els limbered up for next week with a level-par 72.