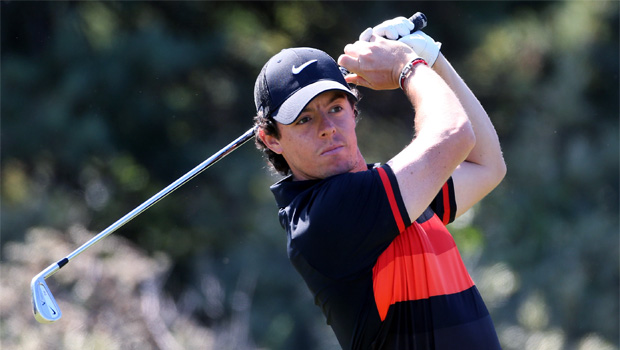 Rory McIlroy recovered from a ten-shot deficit after three rounds to finish joint second at the Kolon Korea Open.

The Northern Irishman shot a final-round 67, carding five birdies in a four-under-par effort, as he lost out by one shot to winner Kang Sung-hoon, with a bogey at the 16th his only blemish.

The world number six had endured a frustrating third day at the Woo Jeong Hills Country Club, shooting a disappointing 75 to leave him ten shots adrift of then-leader Kim Hyung-tae.

Hyung-tae had a nightmare of his own on Sunday though, surrendering a four-stroke lead by carding a six-over 77, including a triple bogey six at the 13th.

He finished alongside McIlroy on three-under, along with three other Koreans, Lee Sang-hee, Lee Chang-woo and Joong-kyung.

McIlroy had been in contention to win the event over the opening two days and he struggled to hide his frustration at letting the opportunity of securing his first tournament win in 2013 slip by.

After his round, he said: “I could have shot anything, absolutely anything.

“I only missed two greens and had so many chances, but it was like the story of yesterday – I just didn’t hole enough putts.

“I created so many more chances today that it could have been 61, 62.
It just wasn’t to be.

“I didn’t birdie any of the par fives, which was disappointing.

“I felt like it could have been so much lower the last couple of days.”

Despite this frustration, McIlroy has also expressed that he is happy with his form as he heads into the BMW Masters in Shanghai next week.