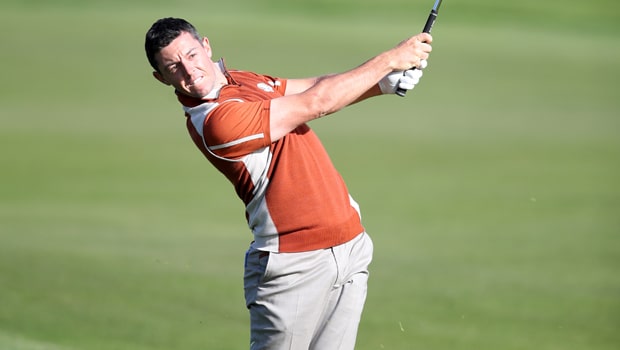 World number four McIlroy is hoping to tear up the back nine at Quail Hollow after keeping himself in contention for his third Wells Fargo Championship going into the final round.

In a third round that was hampered by delays due to the threat of lightning, McIlroy made four birdies and one bogey in a three-under-par round of 68 to take him to -9 for the tournament.

The Northern Irishman, who turned 30 on Saturday, has slipped down one place to fifth position although he is just two strokes off the lead heading into the final day’s play.

McIlroy, who broke his PGA Tour duck at this event in 2010 and is aiming for his third Wells Fargo title, was pleased with his performance and is hoping he can keep the momentum going on Sunday, especially when making the turn at Quail Hollow.

He was quoted as saying by www.iol.co.za: “I’ve played some great golf on this back nine, and hopefully I can do it again.”

Americans Max Homa, Jason Dufner and Joel Dahmen are in a three-way share of first on -11 and the trio are priced at 9.00, 6.50 and 4.75 respectively to win the tournament.

US star Pat Perez shot a brilliant five-under-par 66 to take sole possession of fourth on -10, one shot off the lead, and he is priced at 8.00 to claim the spoils.

Englishman Justin Rose is sitting in sixth on -8, three shots off the pace, while compatriot Paul Casey and Irishman Seamus Power are a further stroke back on -7.

Spaniard Sergio Garcia heads a group of five players on -6 and is a big 51.00 chance to win the title.