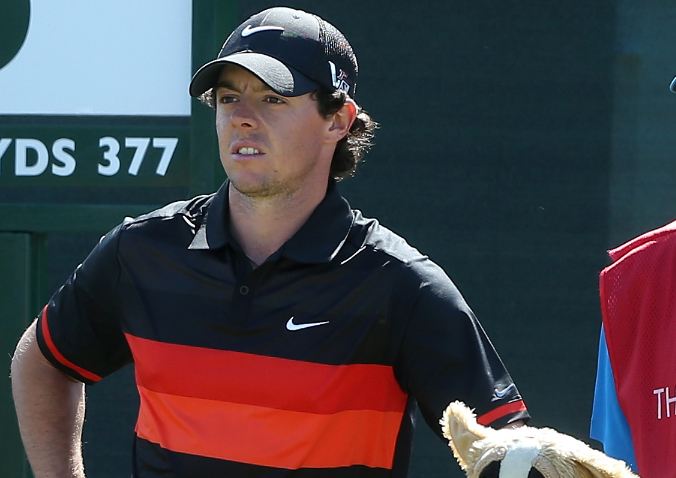 Rory McIlroy says he will be turning his attention to defence of his US PGA Championship after missing the cut at Open Championship by four shots.

The two-time major winner has endured a difficult year so far and admitted to being “brain dead” after his first-round 79 at Muirfield.

There was little improvement in his second outing on the Scottish course on Friday when he fired a four-over 75 to bring a premature end to his Open challenge with a collated score of 12-over.

His failure to make it to the weekend in East Lothian marks his worst performance at an Open Championship since turning professional.

McIlroy’s struggles have been well documented this year, with the 24-year-old suffering a remarkable dip in form since winning the US PGA Championship and finishing atop the money lists on both sides of the Atlantic last year.

The Northern Irishman claimed after completing his round on Friday that he wasn’t far off correcting his game and admitted his thoughts had already turned towards the last major of the year during the second part of his day at Muirfield.

“I decided that I was going to hit the driver every hole that I could, because that’s going to be a big factor the next few weeks, and I actually drove the ball pretty well and ended up playing the last 11 holes under par,” said McIlroy.

“That was encouraging, but obviously I’m disappointed to be going home for the weekend. I guess I have a clearer picture of what I need to work on and what I need to do to put things right.

“Sometimes this game can feel further away than it actually is and obviously at the end of the first day it couldn’t have felt much further away.”

McIlroy’s next outing will be at the WGC-Bridgestone Invitational in two weeks’ time and he admits he is looking forward to playing at the Firestone Country Club as he builds towards next month’s US PGA Championship.