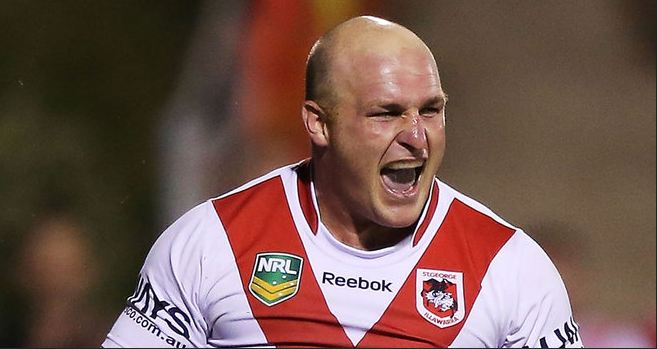 Hull KR pulled off a big coup ahead of 2014 Super League season after landing Australian prop Michael Weyman on a two-year contract.

Weyman will see out the remainder of the current NRL season with St George-Illawarra before heading over to England to prepare for the new campaign with the Robins.

The prop spent six seasons with Canberra Raiders, where he began his career, before joining the Dragons in 2009 where he won the NRL title the season after.

Weyman has played at the top level with the Australian national side and has also played for New South Wales on four occasions in the State of Origin series.

Hull KR chief executive Mike Smith is delighted with the signing and says he is just the kind of quality player they are looking to add to the squad for next season.

“Michael is a player of the highest calibre and you only have to look at his record to see that he’s been there and done it at the very top level,” he said.

“Meeting him and his agent was a real pleasure and Michael can’t wait to get over to England and get started in 2014.

“As a club, we’ve targeted high quality acquisitions to replace the players who will leave us at the end of the current season and Michael definitely fits that bill.”

“Michael is a big bloke and a class player who will bring a lot of quality and experience to our team,” he added.

“He’ll also provide terrific leadership to our younger players and for them it’ll be a great opportunity to learn from someone who has played consistently at the top level in Australia.”