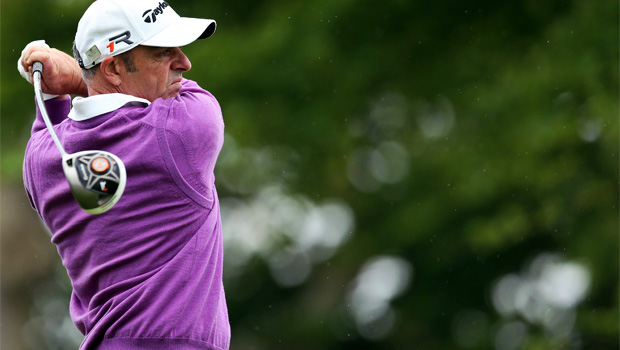 European captain Paul McGinley says he is excited to reach another milestone on way to next year’s Ryder Cup as he gets set to attend ISPS Handa Wales Open this week.

The Irishman is looking forward to the chance to reminisce at Celtic Manor this week as he returns to the site where Europe claimed the Ryder Cup back in 2010.

McGinley was one of skipper Colin Montgomerie’s vice-captains on that occasion, while he also has happy memories of the venue from his time as a regular on the European Tour after winning the Wales Open in 2002.

This year’s edition of the Wales Open marks the start of the European contenders’ journey to next year’s biennial battle with America as it is the first event where players can score Ryder Cup points.

McGinley will be attending the event in Newport to cast his eye over the potential candidates who could join him at Gleneagles next year, with Miguel Angel Jimenez, Francesco Molinari, Ross Fisher, Stephen Gallacher and Gregory Bourdy all in action.

The 46-year-old is set to be a busy man for the next 12 months in attending many of the European and PGA Tour events around the world as he prepares to pit his wits against American counterpart Tom Watson in defence of the Ryder Cup.

“This is another significant milestone in my captaincy and it is going to be an exciting campaign to see who can make the team for Gleneagles next year,” McGinley told Wales Online.

“There are so many talented players who have the potential to make the team and it will be very interesting for me to watch it evolve.

“I don’t think it would be fair to single anyone at the very start of the qualification process, but no matter what happens I know I will have 12 players who deserve to be on that team and who will give everything to keep European hands on that trophy next September.”