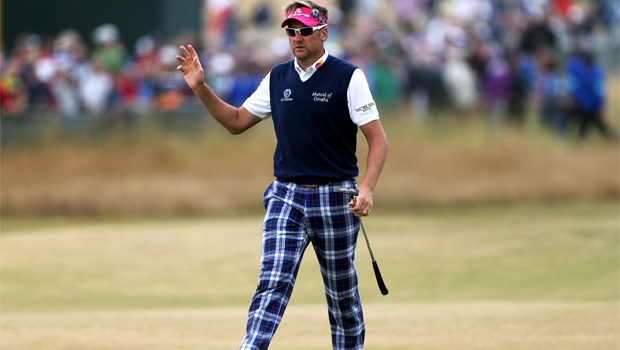 Ryder Cup captain Paul McGinley has told Ian Poulter he will have to earn his place on the European team just like everyone else, despite his heroics at Medinah in 2012.

The Ryder Cup brings out the best in Poulter and he single-handedly dragged Europe back into the contest at Medinah when he made five birdies in a row to win his fourballs match with Rory McIlroy on the Saturday.

The Englishman then beat Webb Simpson in the singles to win his fourth point from four matches as Europe came from behind to secure the overall victory.

Poulter’s record in the Ryder Cup is exceptional, having won three points from four at Celtic Manor in 2010 and four from five at Valhalla two years earlier.

However, McGinley says only FedEx Cup winner Henrik Stenson is anywhere near to be considered a certainty having already picked up 80 per cent of the points needed to qualify.

McGinley says Poulter will have to battle for his place and if he does not have a good year, he runs the risk of missing out.

“Ian Poulter is a special guy and what he did last year was incredible,” said McGinley.

“It really was one of the most incredible achievements I have seen on a golf course.

“But I am not saying anybody is in the team. I am talking in the past and I am talking about what he has achieved until now. I can assure you that if Ian Poulter has a very poor year next year he is not going to be in the team.

“But the chances of Ian Poulter having a very poor year are slim and I am hoping that doesn’t happen. I would love to have him in the team but he has to earn his stripes. He has to prove to me he is on his game and mentally and physically ready.”