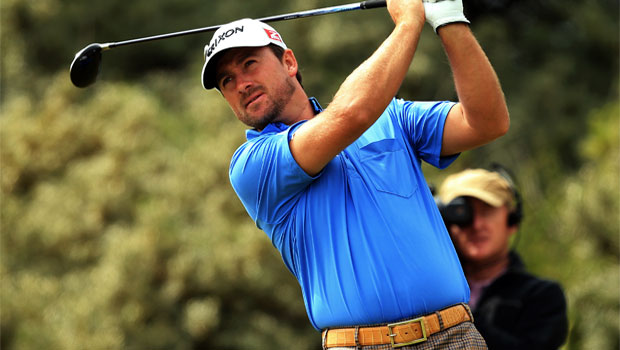 Graeme McDowell is confident about Ireland’s chances at this week’s World Cup of Golf as he looks to tame a difficult Melbourne course.

The Northern Irishman has teamed up with Shane Lowry, who hails from the South, for the team event, meaning that the man from Portrush will now have to represent Ireland and not Great Britain if he qualifies to play at the 2016 Olympics in Brazil.

But it is matters Down Under that are currently on G-Mac’s mind as he is set to tackle a course that can prove to be tricky at the best of times.
And the 2010 US Open champion admits that he will need to be fully focused on his task to avoid the pitfalls in Victoria.

“You’ve really got to respect it,” he told the Herald Sun. “You really have to pay attention to what you’re doing out there because the wrong shot on the wrong line and the wrong shape at any given moment can get you in all sorts of trouble.”

Australia are favourites to lift the trophy on Sunday, with world number two Adam Scott joining Jason Day, while Matt Kuchar and Kevin Streelman will represent the USA.

The tournament has brought together some big-name stars and some virtual unknowns, with players from countries such as the Philippines and Mexico mixing with the likes of Thomas Bjorn, Nicolas Colsaerts and South Africa’s Branden Grace.

And McDowell is convinced that the nature of the Royal Melbourne course will separate the wheat from the chaff.

“I feel like it will bring the cream to the top, for sure,” he added. “The top players will shine and the less experienced players will have a problem with this golf course.

“Shane and I are as good and experienced as anybody this week and, hopefully, we can be playing together late on Sunday afternoon.”