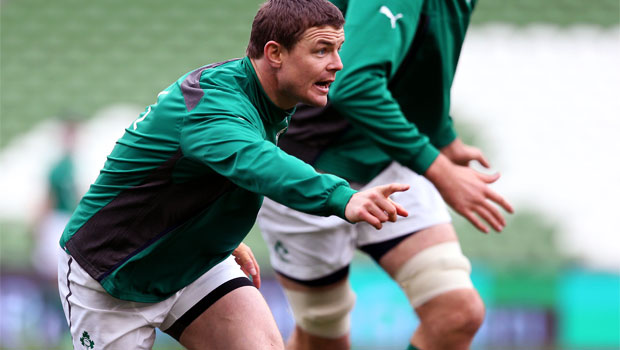 Brian O’Driscoll is fearful of what the final scoreline might read if he and his Ireland team-mates do not improve against New Zealand this weekend.

Ireland have never beaten the mighty All Blacks and will try once again to break that unwanted record when they take on Steve Hansen’s men at the Aviva Stadium in Dublin on Sunday.

The men in green went into last weekend’s clash with Australia full of hope but were beaten 32-15 as tries by Nick Cummins, Quade Cooper and a brace from Michael Hooper gave the Wallabies a comfortable victory.

Jonny Sexton’s four penalties and a three-pointer by Ian Madigan were all that the Irish had to show for their efforts, and they may well be without Sexton and Rob Kearney for the Kiwi showdowns as both are struggling with injury.

O’Driscoll himself has a slight niggle but is expected to be fit to make his 128th appearance for Ireland, which would equal the record set by Ronan O’Gara.

And the former Lions captain fears an avalanche of New Zealand points if the hosts are not able to raise their game against the world champions.

“We were poor against Australia and that level isn’t acceptable,” he said. “If we play anything like that level against the All Blacks there is the potential for a cricket score.”

Ireland have played the All Blacks on 27 occasions and have lost 26 times, with the only crumb of comfort a 10-10 draw at Lansdowne Road way back in 1973.

The last clash between the two nations came in New Zealand in 2012, with the home side pulling off a 3-0 series whitewash and downing Ireland 60-0 in the final match of three.

But O’Driscoll put a positive spin on matters, adding: “No-one will give us a chance but I’m the eternal optimist so I still believe we can beat them.”