Posted by Jason Stepford on February 6, 2014 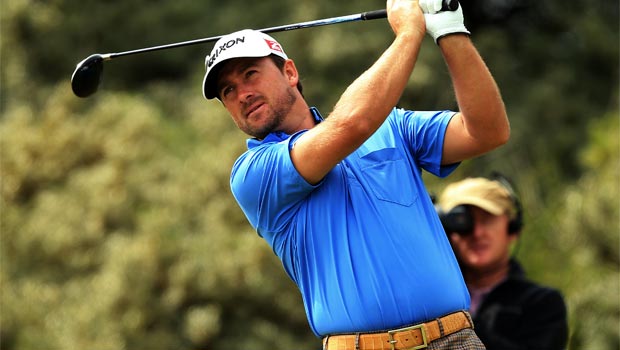 Northern Ireland’s Graeme McDowell tees off for the first time this year on the Pebble Beach course where he became the first European in 40 years to land the US Open.

McDowell has fond memories of that day in 2010, and hopes that his return to a course where he enjoyed his biggest moment will kick start his 2014 campaign. The Irishman lines up in the AT&T Pebble Beach National Pro Am hoping that an absence of four years will not have dimmed his memory of the layout.

If he does have a memory lapse, his father will be going round with him, just as he did in 2010, as McDowell bids to land the prize for which he is currently 31.00 with Dafabet.

McDowell explained why he has been absent from the California course for so long since winning there.

“I kind of say ‘Well, what’s the point of coming back? It’s not going to get any better than how it felt last time I was here’,” he said at the tournament press conference.

“It was pretty tough to top the experience that weekend – the emotions, being with my dad on Father’s Day, winning my first major championship – it doesn’t get any better than that so I really wasn’t in a rush to come back.

“Emotionally I don’t think that moment will be beaten in my career but I’m not going to put Pebble up there on a pedestal and say that is the highlight of my career because I want more.”

“I’m hoping to keep defining my career as I go so there’s a fine balance between getting too obsessed by it emotionally.”

There is no Tiger Woods or Rory Mcllroy this year, but Jason Day, second in the Farmers Insurance Open on his only previous start this year, is 12.00 with Dafabet to go one better.