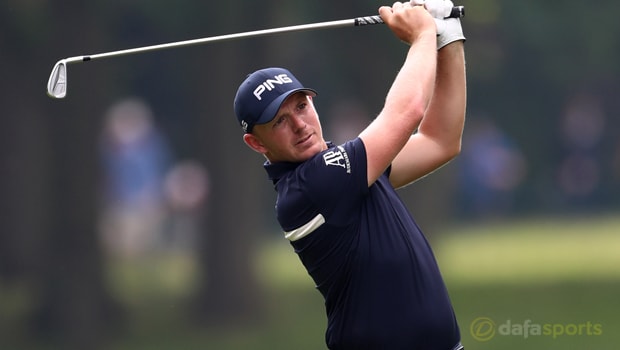 Englishman Wallace, who landed his second European Tour crown at the Hero Indian Open in March, started the day two shots off the pace but quickly made up that deficit with birdies at the first and third holes.

Denmark’s Thorbjorn Olesen carded a sensational 11-under-par 61 to finish in a three-way tie for second on -9 alongside Germany’s Martin Kaymer and Finland’s Mikko Korhonen, who signed for rounds of 68 and 67 respectively.

England’s Aaron Rai and Dane Lucas Bjerregaard were a further shot back on -8, enough for a share of fifth, whilst another Dane in the shape of Soren Kjeldsen and Australian Scott Hend ended up on -7.

Wallace’s victory will see him make a significant rise in his world ranking position of 91, whilst his chances of making Europe’s Ryder Cup team have also been boosted.

Europe are 2.15 to win back the trophy at Le Golf National later this year, while a draw is priced at 12.00 and reigning champions the USA are narrow 1.80 favourites.