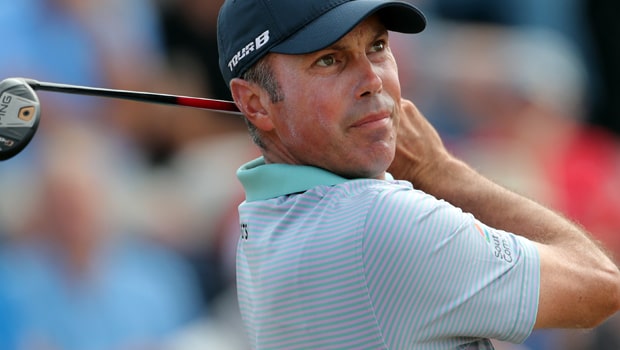 Matt Kuchar won the Sony Open in Hawaii by four strokes on Sunday for his ninth career PGA Tour win and his second of this season already.

The 40-year-old waited 1,667 days between his seventh and eighth Tour wins but it took just 64 days to get this one after he landed the Mayakoba Golf Classic in Mexico.

The former Players champion moved to second in the FedEx Cup behind Xander Schauffele with his win, Kuchar carding a four-under par final round having started in jittery fashion with three bogeys on his first five holes.

A birdie on the ninth kick-started the American and he’d fire five more gains on the final nine holes to cement an ultimately comfortable win over Andrew Putnam in second spot with Marc Leishman, Hudson Swafford, Corey Conners and Chez Reavie next best.

“I’m tickled, thrilled to have won two events this early in the year,” Kuchar said.

“To have won two out of three starts on the PGA Tour is mind boggling to me. It absolutely sets up the year to be in great position for the FedEx Cup. There is a lot of year left and a lot of great things that are out there to be done.”

Kuchar was happy to be reminded of Vijay Singh’s fine achievements in his early 40s. The Fijian won 22 times on Tour after entering his fourth decade of life including the FedEx Cup in 2008.

“I would certainly like to (do what Singh did),” Kuchar said.

“It’s not like you hit 40 and you have to go away. There are guys that have done great. Certainly I’m off to a way better start than I would’ve expected.”