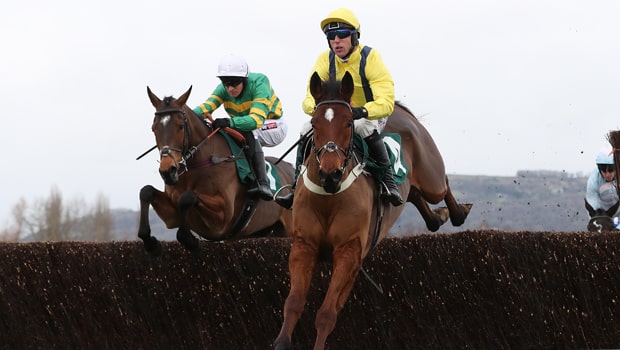 Philip Hobbs is maintaining an open mind in regards to the Cheltenham Festival target for Defi Du Seuil.

The Minehead handler has seemingly been prepping for a run in the JLT Novices’ Chase over two-and-a-half-miles but he insists he could also drop Defi Du Seuil back to two-miles for a tilt at the Racing Post Arkle.

The six-year-old has achieved one win from three starts since going chasing this season, scoring at Exeter in December over 2m3f on soft ground.

Since then, he has finished just under two-lengths second behind the promising Lostintranslation in the Grade Two Dipper Novices’ Chase at Cheltenham on New Year’s Day.

That appeared to be a dress-rehearsal for the JLT, but Hobbs suggests both the ground and the opposition will help frame his decision when it comes to March.

For now, he’s keen to get one more run into the former Triumph Hurdle hero in order to get additional chasing experience under his belt.

He’ll then consult the JP McManus team on a decision closer to March. “Barry Geraghty thought that two and a half miles was his trip. If the ground was soft, he has got plenty of pace over two miles.

I think we are flexible,” said Hobbs. “It depends on the ground and what is going to run in the two races. He would run again before Cheltenham and I expect it will just be the once more.

“I’ve not discussed with them yet what is going to happen. I think we will see how the horse gets on over the next week.”

Defi Du Seuil is 11.00 to win the JLT Novices’ Chase at Cheltenham in March.