Posted by Jason Stepford on November 9, 2018 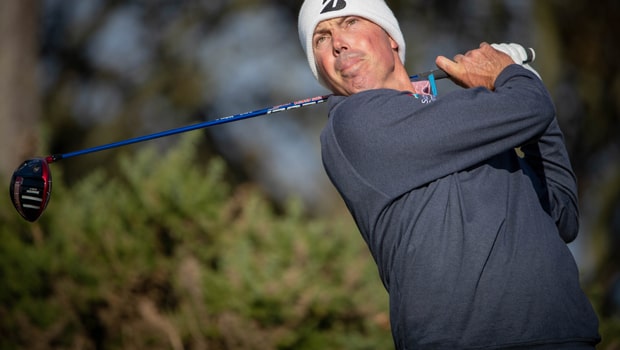 Matt Kuchar made a welcome return to form as he fired a seven-under-par 64 to share a three-way tie at the top after round one of the Mayakoba Golf Classic in Mexico.

The American shares the lead at El Camaleon with compatriots Kramer Hickok and Dominic Bozzelli.

Behind them is a 27-man chasing pack all within two strokes, including defending champion Patton Kizzire as one of 14 players on six-under par.

Pre-tournament favourite Rickie Fowler is just two off the pace after a five-under 66 in round one.

Multiple Major-winner Jordan Spieth again looked out of sorts, racking up five bogeys in an even-par 71 that leaves him just inside the top 100.

Kuchar had only four top-10 finishes last season, his lowest tally in a decade. He started the current campaign with a modest tied 57th in Las Vegas last week but feels his game is not that far away from being competitive.

“I played very well. I’m pleased with my game. I felt like I played really well last week in Vegas, but just struggled to get the ball in the hole, struggled to execute on a few occasions,” said the seven-time PGA Tour winner.

“I drove the ball really well and that’s critical here.

I think this course is awfully hard if you’re not driving it well. The rough is penalising, of course the hazards, the mangroves, the difficult things you can get into are challenging.

“But if you drive it well, you have some opportunities to make some birdies.”

Fowler was runner-up in this event last year and was pleased to get off to a strong start in Mexico, having finished tied-fourth in Las Vegas on his seasonal bow last Sunday.

“It was a good day,” he told reporters. “A little slow start making bogey on the third hole, but other than that, I feel like we did a good job just hanging in there and kept moving forward.

“Played well on the back nine, which was the front nine since we started on 10, so happy with the start. A lot of golf to be played, but I’m excited. I feel like we have a good chance to put ourselves in contention for the week and have some fun on Sunday.”

Fowler is now 7.50 to win the Mayakoba Golf Classic, while fellow American Kuchar is 15.00.