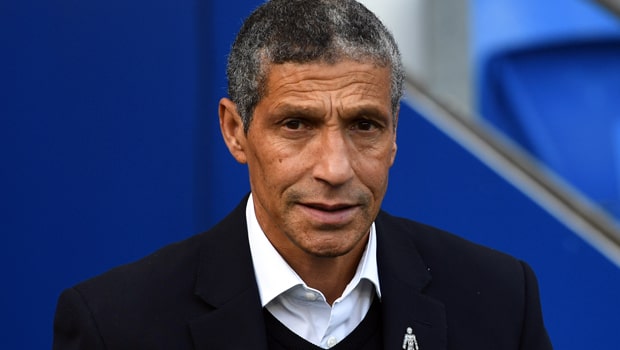 Brighton boss Chris Hughton has conceded his summer signings have yet to settle in England and he has asked the fans for further patience heading into the winter fixtures.

The Seagulls splashed the cash in the summer, bringing in £60million on 10 new players.

However, only Iran international Alireza Jahanbakhsh seems to have established himself so far.

Both Yves Bissouma and Martin Montoya have dropped to the bench in recent weeks, while Florian Andone has been injured.

Bernardo and Leon Balogun have started just one Premier League game each and Hughton admits his team may need longer to settle.

“I think it would be fair to say they haven’t hit the levels required yet,” said Hughton.

“They all have different circumstances. One is about the form of the players.

In Florin Andone’s situation he came with an injury and had a couple of little problems that stopped his progress being as quick as he would have liked.

“Bernardo is a real talent at left-back and I think has got a bright future for us – but my choices have been a bit different and that can happen.

“Of course if the team is doing well enough – and we have stated okay – you don’t make those changes. But I fully expect the new players we brought in to play a big part this season.”

Brighton have still managed to win three of their last five matches despite their teething problems.

They take on Cardiff on Saturday, with the Bluebirds 2.50 favourites. The draw is 3.10, while Brighton are 3.00 to grab all three points.