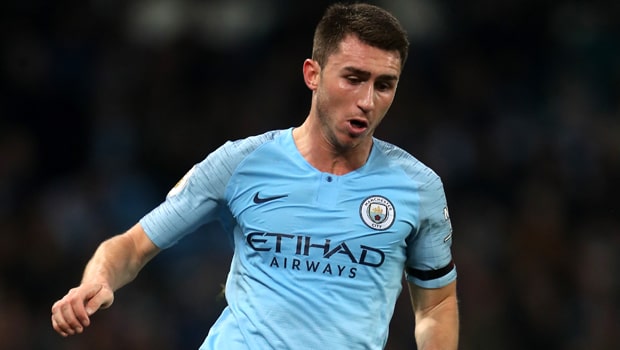 He wasn’t involved when Manchester United stormed to an unlikely victory at the Etihad Stadium in April, but City defender Aymeric Laporte wants revenge in Sunday’s rematch.

Pep Guardiola’s team were aiming to secure their Premier League title in the sweetest manner possible by defeating their nearest neighbours back in the spring and were firmly on course when they led 2-0 by half-time.

The Red Devils summoned their best stuff however and struck back in style to come away with a 3-2 win, ensuing record-breaking City had to wait to officially uncork the champagne on their title win.

Laporte has since established himself in the City line-up, playing every minute of league football in the first 11 games this term. He says revenge will be on his mind come Sunday, though it isn’t the sole motivating factor.

“There’s always a feeling of revenge any time you lose against any team,” Laporte told Sky Sports.

“We are always ready to compete and need to take advantage of the good momentum of the team at the moment.

“It’s a very important match for two reasons…because it’s the Manchester derby and also because if we win we will put distance between ourselves and them in the table.”

The 24-year-old Frenchman has yet to taste defeat in his 20 Premier League appearances for City, setting a new record for the longest unbeaten run in consecutive starts for a new player in the division. Seeing that run halted on Sunday by their arch-rivals isn’t on his agenda.

“Breaking records is always nice. Last season as a team we reached 100 points – that was very nice and this year I have this personal record,” he added.

“I hope we don’t lose on Sunday or not this derby or the following derby. The goal is always to win and lengthen this record as much as we can.”