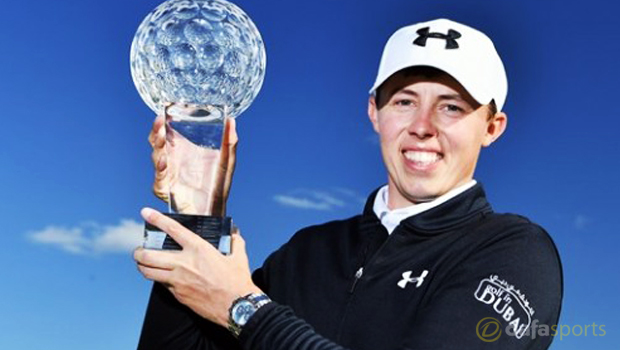 Matt Fitzpatrick revelled in the second European Tour win of his fledgling career but insisted he won’t allow himself think of making Europe’s Ryder Cup team just yet.

A three-shot victory at the Nordea Masters in Stockholm ensured that Fitzpatrick, 21, moved clear in fourth spot on the European points list and increased his chances of becoming a rookie member of Darren Clarke’s team for Hazeltine in September.

The win, added to his British Masters success at Woburn last autumn, came after a recent slump had seen Fitzpatrick miss three cuts on the trot after posting a top-10 finish in The Masters at Augusta in April.

Reflecting on his victory in Sweden, Fitzpatrick admitted he is ahead of the schedule that he set out for himself but he does not want to start allowing the Ryder Cup to dominate his thinking.

“It’s something I’m trying to play down a little bit,” said Fitzpatrick.

“I’m really trying to play each week as it comes and there’s still a long way to go before then, there are still three majors and anyone can win them.

Hopefully I’ll keep playing well and see where we end up come September.

“I’m completely a million miles ahead of schedule.”

He has earned himself a significant cushion on fifth-placed Andy Sullivan with his Nordea success.

His victory also moves him onto the cusp of entering the top 30 in the official world golf rankings for the first time in his career.