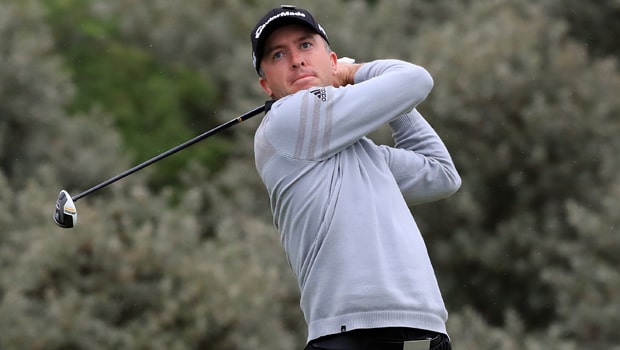 Martin Laird shot a first-round 65 at the John Deere Classic and felt he had justified his decision to skip the Scottish Open this year in doing so.

The Scot, a long-time resident in the United States, would typically be playing in his national open this week but opted for a schedule change this year.

It’s his first start at the John Deere in 11 years and his six-under par opening salvo was enough to see him three shots off the early leader Roberto Diaz, in a share of fourth spot. He felt his decision to tee-up at TPC Deere Run this week was vindicated after one round. “I remember my rookie year on Tour,” said Laird.

“I enjoyed this place, and I played pretty decent, I think. I can’t remember but I think I played okay.” “It was just a clash of dates,” he added.

“It was hard to turn down going back and playing my national open. Otherwise I would have been here almost every year. “This year I made the decision a couple months ago to come here this year instead of going back to Scotland, and obviously after the round today I’m happy with that.”

After birdies on four of his first five holes, Diaz played flawless golf to take the early initiative. An eagle on the 10th propelled him to six-under par and three more birdies in four holes late in the round sealed a score of 62 for a nine-under par tally.

Adam Long and Russell Henley are second on seven-under par, with Laird joining the likes of Andrew Landry, Vaughn Taylor and Ryan Palmer in a six-way share of fourth spot to complete the top ten. Last week’s winner Matthew Wolff made four birdies in a round of 67 on day one at TPC Deere Run, enough to sit tied-20th.