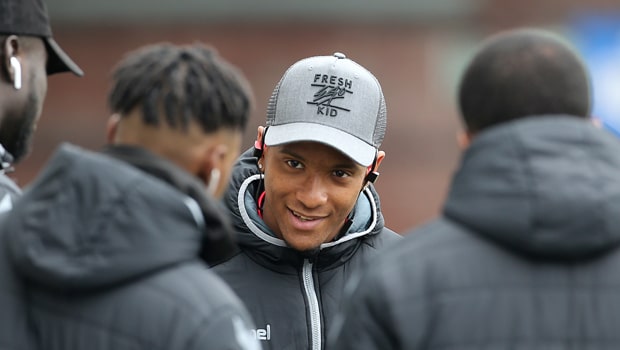 Ezri Konsa says playing in the Premier League with newly-promoted Aston Villa will be a “dream come true”.

The young defender has finalised his move to Villa Park from Championship side Brentford and is Dean Smith’s seventh signing since the club was promoted back to the top flight after winning the Championship play-off final.

Konsa is an England international, having been part of the recent Under-21 squad and was also part of the squad that won the Under-20 World Cup in 2017. He will hope to get into Gareth Southgate’s thoughts for the senior squad during his time with Villa.

He said of his move: “I am over the moon. To join such a historic, massive club like Aston Villa is great. I can’t wait to meet the lads now and get started. “To be honest, I am speechless right now. It’s a dream come true. As a little kid, I always used to dream about playing in the Premier League.

“For it to come true now is a fantastic feeling for me and my family. I am looking forward to the challenge of facing the top players in the world.”

Dean Smith has been busy since promotion was assured with Kortney Hause, Tyrone Mings, Matt Targett, Anwar El Ghazi, Jota and Wesley Moraes all signed up for their Premier League campaign. The 21-year-old Konsa began his career with Charlton Athletic, making 86 appearances for the Addicks before joining Brentford last year.

Smith was manager at Griffin Park before joining Villa last season and Konsa was a regular throughout the season. Villa begin their first season back in the Premier League with a trip to face Tottenham on August 10 followed by a home game against Bournemouth the week after.